As promised, this week’s blog is inspired by Veteran’s Day last week.  These are two stories of veterans that I told at a local Memorial Day service this year.  What’s the lesson?  There may be more than one, but let’s lift humility out of this.  No war hero brags; in fact, they share the credit with others.  If these guys can share the credit for these accomplishments, surely we can learn to share the spotlight as well.

(If this reads a little conversational, please note that it’s a transcription of a speech.)

Sixteen years ago, Capt. Scott O’Grady was enforcing the NATO no-fly zone over Bosnia in June of 1995 when his F-16 was shot down by an antiaircraft missile. He survived behind enemy lines in hostile territory for six full days before being rescued. He became a captain after that in the United States Air Force reserves. His aircraft exploded around him at 27,000 feet. The piece that he was in broke off and he, personally, was on fire, before he could get out of the airplane. He used his parachute.

The news reports at the time talked about the fact that he was eating bugs behind enemy lines. He says, “it was exaggerated. At most I ate 12 ants. They’re kind of sour, like a lemon and crunchy. My primary concern when I was out there wasn’t about eating, but to drink water. I was very dehydrated and very concerned about water intake because you can die from dehydration much quicker than you can from malnutrition.”

He used a couple of packages of water that were in the survival pack he was wearing. And then he moved to rainwater, and at the very end, when he didn’t have anything, he would wring out the sweat from his socks and drink that. He had a few instances on his journey when he says he probably should’ve died. He said he had a lot of time to reflect on what’s important in life. He said “the thing I got out of it was knowing that God’s grace is sufficient, whether I lived or died.”

“It’s very life-changing. It made me realize, at least for me, personally, that you can’t wait for tomorrow. You have to live right now, today.”

Here’s what he says about being a hero:

“You don’t take any of that stuff seriously. You keep a sense of humor, and you have a family that will put you in your place.

“In our society we label people as heroes, and a lot of times we focus on the wrong groups—the sports stars, the rock stars, the movie stars—they’re entertainers. They’re not heroes. They don’t help people. The everyday person—the fireman, and the teacher, and the policeman, and the doctor—they are literally out there making a difference. They are the real heroes. They don’t do it for glory or money. Those are the people we should be emulating—those are the people our kids should be emulating. There’s individuals that have gone through 10 times worse than I ever did who came home to nothing. No recognition at all. Some of them are ridiculed and spit on.

“Some of the downed pilots in North Vietnam ended up in the Hanoi Hilton for seven years—and the horrific things they went through. Keep in perspective people like Nick Rowe, who was imprisoned in camps in Vietnam for five years. That man went through hell for five years.”

But O’Grady, like so many returned war heroes, completely points his finger at the others, and diminishes what he did. He says “I was on a little camping trip for six days, just trying to hide from people.”

An amazing story that blew me away 16 years ago.

It happened in June. It’s that time of year each summer that I go spend a week at Camp Dodge to work at American Legion Boys State.

We all stay in these barracks. And there’s always about 20 to 25 of us. I’m 42 now, and I was always the youngest. There are veterans there of all conflicts going all the way back to World War II.

I was reading the paper before I went to sleep one night, and I said, “aw man, you hear about this O’Grady guy? Eating bugs and living behind enemy lines. Isn’t it awesome?”

I was totally on fire about this story. Vern was about to fall asleep. But before he did, he said “I did something kinda like that once, in France.”

And he started snoring.

The next day, I said “were you talking about?” He said, “no big deal.”

So I did little research on Lavern.

D-Day had begun on the beaches of Normandy, France. A young American pilot from West Union, Lavern Alcorn, had just arrived in England to begin his final month of training before being sent into action in World War II.

Meanwhile, across the English Channel, the French villagers had high hopes that they would soon be liberated. Alcorn was a 1940 graduate of West Union high. His schoolmates called him “acorn”—kind of a natural nickname coming out of the name Alcorn. He embraced it and had the words “Little Acorn” painted on the nose of his P 47 fighter plane.

He found himself in France as a replacement pilot. He wasn’t even supposed to be there. A makeshift area was cut out of woodland area where Alcorn would take off with other members of the squadron to fly over the front lines in straight German positions. The American Army in the ground would cheer these flyboys as they flew overhead to help these foot soldiers advance by knocking out the gun placements.

The P 47 is a dive bomber with machine guns placed on each wing to do the job. Sometimes Alcorn would also carry two 500 pound bombs could knock out some bridges and troop trains as well.

August 12, 1944, started like any other day. It’d been two months since the invasion started. You could hear sounds of heavy guns all the time. This would be Vern’s seventh combat mission. He had those two bombs strapped to the wings of his plane, and he made that dive that he was trained to do and had done before. He was strafing the German soldiers with his guns. He dropped one of the bombs and tried to drop the other, but it failed to release and his commander told them, “circle back.”

Below, Mayor Robert Boudin of the village of Lieury was among the French people on the ground watching the giant air battle up above.

They saw Alcorn’s plane get hit with antiaircraft fire. They also saw the pilot crawl out of his cockpit, which had filled with smoke. The plane was getting dangerously close to the ground. He had his parachute on but hesitated to jump, for fear he would be clipped by the tail section.

As he remembers the moment, he says, “my radio had been knocked out, and I knew I was going down. I could see the ground, and I knew I didn’t have much time to jump.”

He did parachute to the ground safely. His plane crashed into the ground just after that. But he hit the ground pretty hard and hurt his back.

Then the adrenaline kicked in. He started running for cover in a nearby hedgerow. He was aware he was behind enemy lines in the area was crawling with German soldiers. They probably also saw him drop, and knew where he was. We started looking for him as soon as they saw that white parachute open. But so did the French villagers.

Pretty soon, Vern saw some movement 100 yards ahead of him.

“I could tell they were French civilians,” he said, “and I think they were looking for men. I whistled them, and when we united they told me to stay hidden.”

The French villagers left, and brought back some civilian clothes for Alcorn to wear.

The Frenchman were on the small side; Alcorn stood almost 6 feet tall. He says that “the clothes fit a little tight, so I wasn’t too well camouflaged, but I was safe and very grateful to the French people.

“A woman showed up carrying two milk cans over her shoulders and inside the cans was food for me. I spent the first night in a trench. It was so dark I couldn’t see my hand in front of my face.”

He spoke a little French, so he could communicate with these people who had saved him. They told him that they would bring him a wagon and that he should pretend that he can’t speak or hear.

He played his role perfectly as the horse-drawn wagon headed for farm 7 miles away. On that 7 mile trip back to the farm he would pass by German soldiers on the road, marching toward the front line. They were unaware that the American pilot they were looking for was going right past them.

When they got to the farm there were two German soldiers in front of the house. They went right past him. He was taken to the Farms orchard back with  two 10-year-old boys. They were eating a meal later, and then some Germans showed up to talk to family members, interviewing them, to see if they could find this downed pilot.

Once again, they didn’t discover him.

Then Alcorn and the boys moved into the house. The next morning, he woke up and saw German soldiers looking in the window at them. He was just praying they wouldn’t see the G.I. boots at the foot of his bed. They passed by.

Everyone at the farm could tell, both the enemies and the friendlies, that it was just a matter of time until the Allies arrived to liberate them. Alcorn said he could hear soldiers moving all night long.

It was the Canadian soldiers who came across the farm home first and rescued Alcorn.  Those Canadians gave him a ride back to where the Americans were positioned. Alcorn went back to the base in England and was given a choice of going home or staying.

He said, “I felt I hadn’t done my part in my country’s fight, so I decided to stay. It was an easy decision.”

He ended up flying a total of 79 missions before Germany surrendered. He shot down at least one German aircraft, but the biggest impact he made in that dive bomber, that P-47, was that strafing—that cover he was providing with his gunfire. He saved many lives.

After he returned to West Union at the end of the war, he often thought about those French people who rescued him. He didn’t know it, but they were thinking of him, too.

There, he was given a hero’s welcome. They held a parade in his honor as the French villagers wined and dined him for 15 solid days.

He deflects it still. “I was extremely proud to serve my country. I had a job to do, like so many other men and women.”

And here he goes with the hero talk.

“As far as the ‘hero’ tag, the real heroes were the French people. If I would’ve been discovered, the villagers who hid me would have been shot on sight by the Germans. They put their lives on the line for a pilot they had never met. I owe them my life and I will be forever grateful.”

A retired postman, sleeping on the bunk next to me. When I raved about that downed pilot, all he says is, “I did something kind of like that back in France, once.”

That’s what these heroes do. 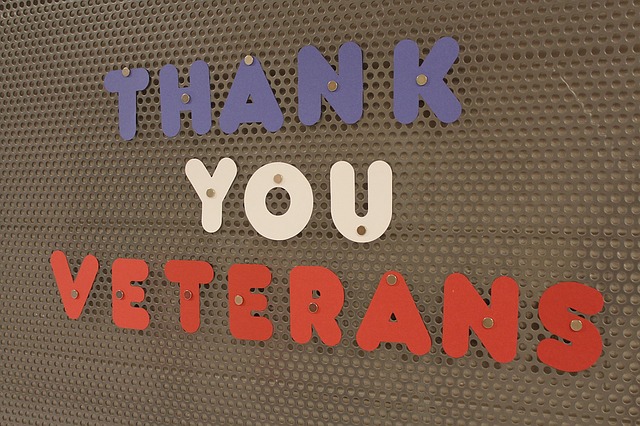 (There is a third story that made up the remainder of the speech, but it’s not relevant to this topic.  I’ll post it in the comments in a couple of weeks, just so that the complete speech ends up here, if you’re curious.)